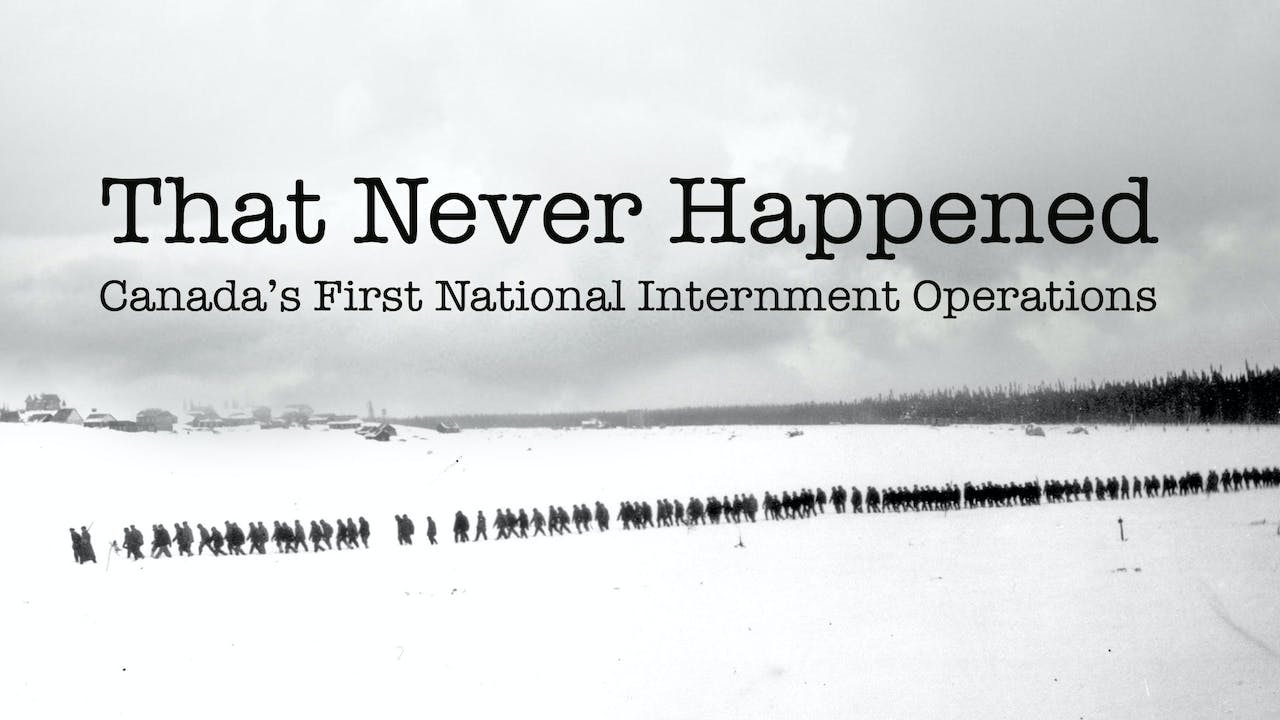 THAT NEVER HAPPENED reveals the story of Canada's first national internment operations between 1914 - 1920, when over 88,000 people were forced to register and more than 8,500 were wrongfully imprisoned in internment camps across Canada, not for anything they had done but because of where they came from. In 1954, the public records were destroyed and in the 1980s a few brave men and women began working to reclaim this chapter in history and ensure future generations would know about it.