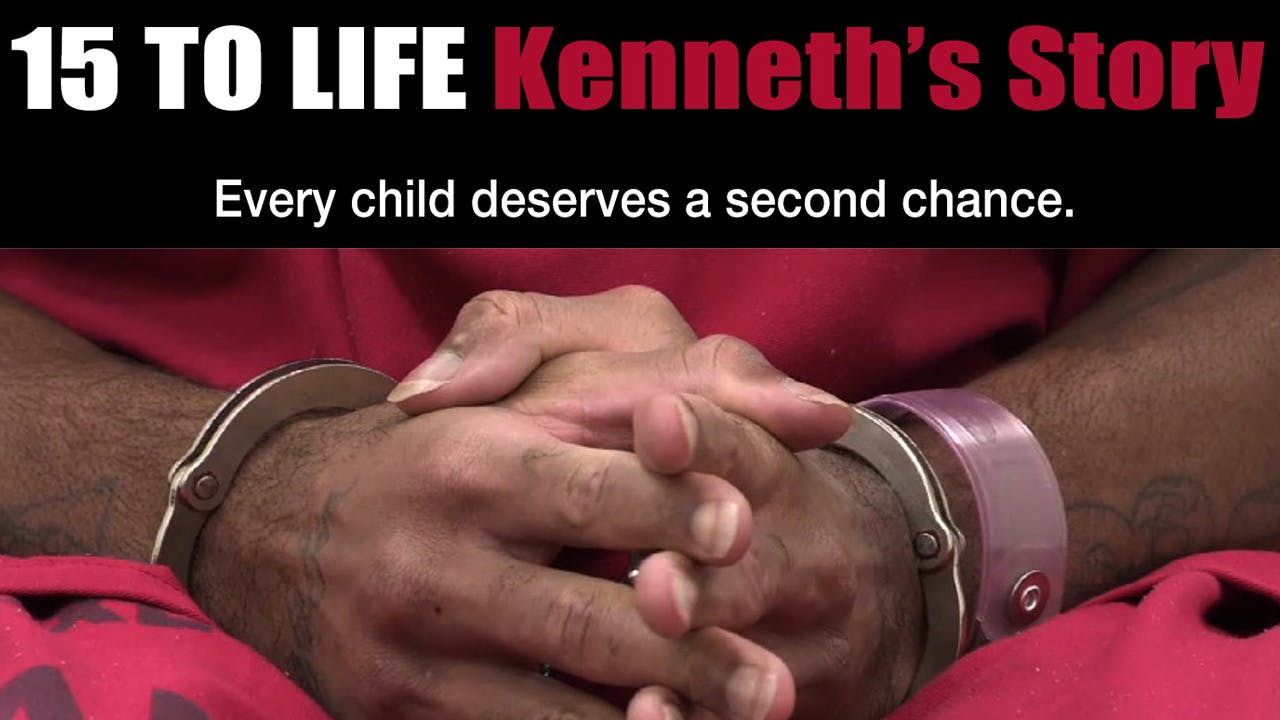 Does sentencing a teenager to life without parole serve our society well? The United States is the only country in the world that routinely condemns children to die in prison. This is the story of one of those children, now a young man, seeking a second chance in Florida. At age 15, Kenneth Young received four consecutive life sentences for a series of armed robberies. Imprisoned for more than a decade, he believed he would die behind bars. Now a U.S. Supreme Court decision could set him free. 15 to Life: Kenneth's Story follows Young's struggle for redemption, revealing a justice system with thousands of young people serving sentences intended for society's most dangerous criminals.